When you’re in the market for window shutters in St. Petersburg, FL, do yourself a favor and shop for them through the most reputable window covering company around. The company that you choose should have a wealth of experience in the industry. They should also have a large selection of window shutters for you to choose from when you’re looking for the right ones for your home. Working with them will be one of the many “dos” that you should keep in mind when you’re trying to track down shutters. Check out some more dos and don’ts for buying window shutters for your home that will help make your search a total success.

Do: Look for window shutters made out of the right materials.

Once you buy St. Petersburg, FL shutters for your home, you don’t want to have to worry about replacing them anytime soon. Fortunately, you won’t have to even think about doing it when you have shutters made out of high-quality materials on your hands. You should look for shutters made out of either solid wood or solid vinyl so that you know they’ll stand the test of time. These materials are made to last and won’t wear down on you for many years to come.

Don’t: Buy window shutters that are going to be difficult to maintain.

Window shutters are some of the easiest window coverings to maintain. As long as you dust them every so often and wipe them down with a slightly damp rag when dirt builds up on them, they’ll look like new for a long time. But there are some window shutters that are more difficult to maintain than others. You shouldn’t ever invest in shutters that are difficult to put up and down. It’ll make things harder than they have to be when you go to clean them.

Did you know that you can customize some window shutters so that they look and feel like they fit right in within the context of your home? You can have them customized to be almost any color so that you want so that they match the decor in the rest of your house. You should consider taking advantage of this. It would be well worth it to have the shutters in your home customized prior to installing them.

Don’t: Attempt to install window shutters by yourself.

In an effort to save a few bucks, some homeowners will try and install new window shutters on their own. It might seem like a simple enough task, but it can be much harder than it looks. You’ll be so much better off having professionals install your window shutters for you. It’ll ensure that they look their best and work the way they’re supposed to when they’re all finished being installed. 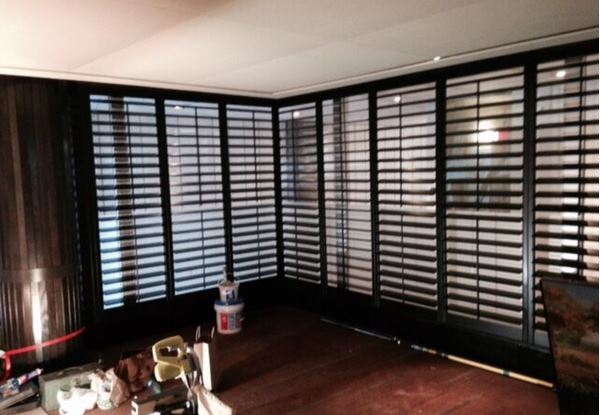 Do you want to have new shutters installed in your home? Then, “do” call on the experts at Nature Coast Shutters & Window Treatments to help you. We sell a number of St. Petersburg, FL window coverings and have plenty of window shutters available for you. Call us today to get a free estimate on shutters for your home.