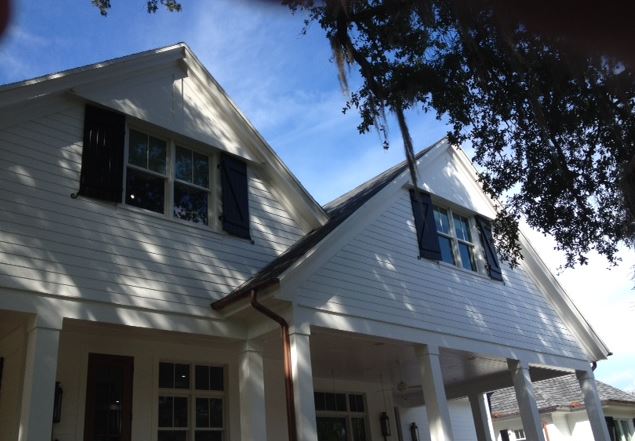 The Dangers of Taking the DIY Approach to Installing Shutters

It’s not always cheap to have Lakeland shutters installed in your home. As a result, you might be kicking around the idea of taking the DIY approach to shutter installation. After all, how hard could it possibly be to put a few shutters into place in your home?

We’re here to tell you that you should not take the DIY approach unless it’s absolutely necessary. There are so many things that could potentially go wrong if you attempt to install shutters in your home by yourself. Let’s check out some of the potential dangers that you might face while attempting to install shutters on your own.

Prior to installing window shutters in Lakeland, you’re going to need to measure your windows in the right way to ensure that they fit. One wrong measurement could throw your whole shutter installation project off track! It’s the first reason why it’s a bad idea to install new shutters yourself. You might accidentally take a measurement wrong and end up with shutters that aren’t going to work in your home. It’ll set you back to square one before your project even gets off the ground.

You might put your new shutters into place in the wrong way.

You might measure your windows correctly and get the right shutters delivered to your home. But if you haven’t ever installed those specific shutters before, you could inadvertently install them wrong and find that they don’t work in the way they’re supposed to. This is going to stop you from being able to take full advantage of having them in your home. You’ll be a lot better off leaving the installation job to a professional who can make your new shutters look amazing and work right.

In a worst-case scenario, you might go to install your new shutters in your home and accidentally do some damage to them. You might put a screw through the wrong part of one of your shutters or drop one of your shutters and break it. Regardless of how you damage your shutters, you’re obviously then going to have to replace them—and that could cut into any cost savings that you would enjoy by installing shutters on your own. It’s just not worth taking this risk.

You might not increase the value of your home with your new shutters.

One of the biggest benefits of installing shutters in your home is that they’ll usually increase the value of your home more than other types of window treatments. But this might not be the case when you install shutters yourself. Since they might not look as good as they should, they could offer up a much lower return on investment than they would otherwise. It’s one more reason why having shutters installed professionally is always the best option.

If you want to make sure shutters or other window treatments in Lakeland are installed properly, you need a company like Nature Coast Shutters & Window Treatments to help you. Give us a call today to find out how we can assist you with installing new shutters in your home.